Famous women who coded their way to the top

Home » Famous women who coded their way to the top 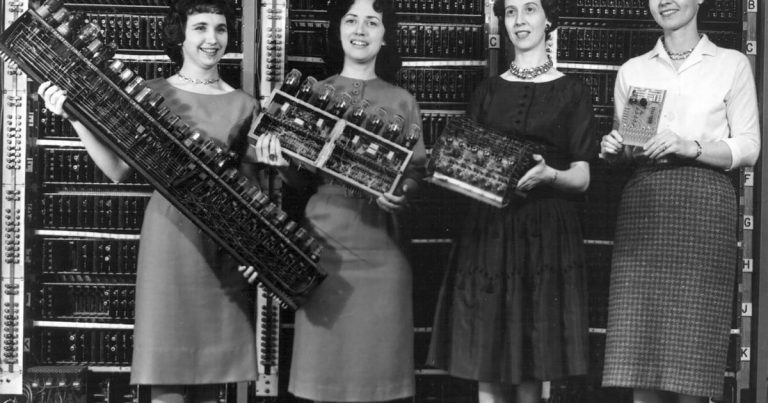 International Women’s Day is celebrated on March 8 every year, but this day is more than flowers and gifts. This day is about woman’s power and empowerment, about enabling their voices to be heard and giving them control over their own lives. In IT industry, we are honored to have amazing women who achieved so much more and exceeded societies expectations from them. It`s our pleasure to remind everyone of the fact that the first ever programmer was a woman!

Ada Lovelace (10 December 1815 – 27 November 1852) wrote the very first computer-program way back in 1840. She is known for her work on Charles Babbage’s proposed mechanical general-purpose computer, the Analytical Engine. She was the first to recognize that the machine had applications beyond pure calculation, and published the first algorithm intended to be carried out by such a machine.

Another impressive lady that marked our field is Grace Hopper (December 9, 1906 – January 1, 1992). Her name is known not only for her programming abilities but also to the fact that she was United States Navy rear admiral. As an American computer scientist, Grace Hopper was a pioneer of computer programming who invented one of the first compiler related tools. She popularized the idea of machine-independent programming languages, which led to the development of COBOL, an early high-level programming language still in use today.

The first programmers of the ENIAC

These ladies are just a few of the best female programmers. As mentioned, the history of computing programming was marked by amazing women and, at AXON Soft, we believe that in modern society women have equal opportunities in this field. We also believe that thanks to all our amazing colleagues, we`ll have a lot more awesome software programs in the future and that ladies all over the world will continue to make a difference in this field.