Software Developer vs Software Engineer – Which One Are You?

Home » Software Developer vs Software Engineer – Which One Are You? 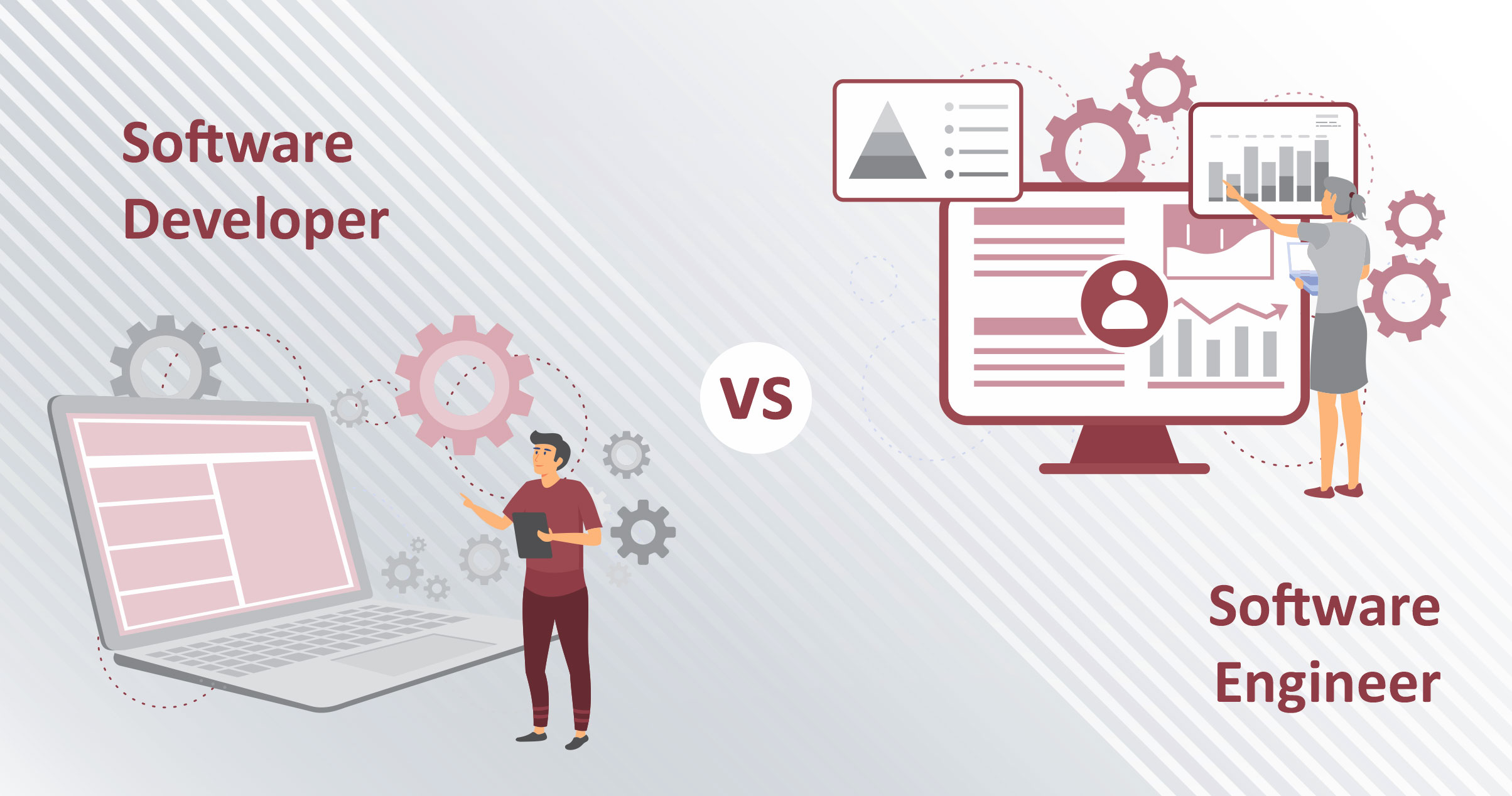 When it comes to the software development field, there are two main titles that people hold: software developer and software engineer. Though these titles are often used interchangeably, there is a difference between the two.

Software developers are responsible for designing, developing, testing, and deploying software applications. They typically work closely with business analysts to understand the requirements of a particular application and then design and implement code that will meet those requirements. In many cases, they also work with Quality Assurance (QA) specialists to ensure that the code they’ve written meets industry standards and is free of defects.

Software developers are the brains behind our favorite applications. With their professional knowledge and skills, they modify or write code for end-customer use in order to make sure everything works properly with no bugs whatsoever. They also document any problems that might arise while developing apps so clients can rely on them when it comes time to publish these products across multiple platforms such as desktop computers/laptops, tablets, smartphones (i.e. iOS, Android etc.), ensuring an app will work anywhere its intended audience does.

The majority of software developers use their understanding of programming lamguages such as ASP.net, Java, C#, and Python in their work. The entire process of product research, development, testing, and launch is handled by software developers.

Software engineers, on the other hand, are responsible for all aspects of the software development process from start to finish. This includes conducting research, designing algorithms, writing code, testing applications, and maintaining code throughout the application’s lifecycle. They work closely with stakeholders, including coders as well as users in order to achieve their goals while communicating effectively across all groups involved. This can be difficult at times due to those different perspectives that need attention when working on projects related to this field.

So, what’s the difference between a software developer and a software engineer?

Software Developer or Software Engineer: Which One Are You?

Deciding which role is right for you will come down to your skill set and interests. If you’re more interested in designing and coding applications, then a career as a software developer might be a good fit for you.

If you’re interested in taking on more responsibility and being involved in all aspects of the development process from start to finish, then a career as a software engineer might be right for you.

Regardless of the path you choose, we’ve got something for everyone who wants their voice heard at AXON Soft. Check out our Careers page and see the open roles we have. If you are only starting out, maybe an internship is the best idea for you. Don’t miss out on our exciting opportunities. We can’t wait to meet you!